Directors Beware - Company Assets are not your own 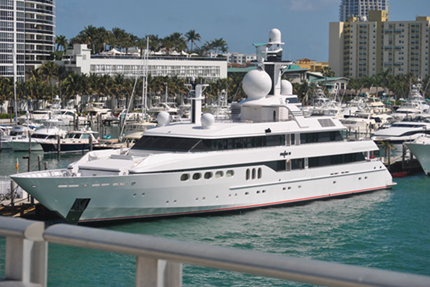 The recent Western Australian case of Weaver v Harburn [2014] WASCA 227 emphasised the importance of directors keeping company funds separate from private transactions and complying with their obligations to act in the best interests of the company.

The case involved Mr Harburn, who was the director of Harburn Group Australia Pty Ltd (Harburn Group). In 2007 Mr Harburn purchased a boat for his wife (Ms Chivers) for  $385,219.35 using company funds to pay for it. In 2008 he moved to another company and the Harburn Group subsequently went into liquidation in 2011. The liquidators of the company instituted proceedings against Mr Harburn and Ms Chivers, requesting the Court to declare the purchase of the boat voidable and for the money to be repaid to the company, alleging that the purchase was an unreasonable director related transaction. They also claimed that Mr Harburn had breached his duties, in terms of sections 181 and 182 of the Corporations Act 2001 (Cth) (Act), to act in good faith in the best interests of the company and for a proper purpose and not to improperly use his position to gain an advantage for himself or someone else.

At the initial trial, the Court found that Mr Harburn had not breached his director’s duties or acted unreasonably, but on appeal the Court held that Mr Harburn had not exercised his powers or discharged his duties for a proper purpose and was not acting in good faith in the best interests of the company, particularly as he knew that the company was in financial difficulty when he made the boat payments. As such he had breached sections 181 and 182 of the Act.

The Court also considered section 588FDA of the Act, which relates to unreasonable director related transactions and found that Mr Harburn breached this section because:

The Court therefore ordered Mr Harburn to compensate the company by repaying the amount of $385,219.35 plus interest and also ordered Ms Chivers to pay the same amount.

The Court emphasised the importance of ensuring that persons responsible for administering companies understand that they are prevented from using corporate property as if it was their own. In our experience this requirement is particularly relevant for companies administered by a sole director/secretary.