What it takes to be a 'parent' as determined by the High Court - how can your role as 'sperm donor' be construed? What are your Parental Rights? 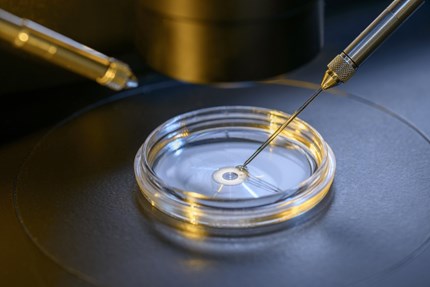 In what is now the seminal High Court decision of Masson v Parsons (& Others [2019] HCA 21), a man, Mr Masson, who 'donated' his sperm to a lesbian friend, Ms Parsons, so that a child could be conceived via artificial insemination, was found to be a parent of the child.  This was the original decision of the primary judge which the High Court upheld.

The case was heard on appeal on 22 March 2018 in which Ms Parsons successfully argued that, in line with state law (the Status of Children Act 1996 (NSW)), there was no doubt that Mr Masson was not the legal parent of the child (because he was deemed to be a sperm donor for the purposes of the artificial insemination pursuant to the state Act).

In April 2019, the High Court heard Mr Masson's appeal, which was successful by its decision handed down yesterday, reaffirming the initial decision of Justice Cleary.

Justice Cleary noted that "being a biological parent is not the whole answer to the question 'who is a parent?'" but that "where there is a challenge to a biological parent being a legal parent … biology is a part of the answer".   She concluded that "the meaning of the word “parent” ranges across biology, law and factual reality. It is open to assume that a biological progenitor is a parent unless an order of a Court says otherwise".

Did you intend to be, or not to be, the parent? Is that the question?

What became important was that Mr Masson "provided his genetic material for the express purpose of fathering a child he expected to parent", having agreed to do so on the understanding that he would be involved in her upbringing.  It was also found that Mr Masson played an active role in the now 10-year old child's upbringing. She knew him as "daddy" and the relationship she shared with Mr Masson was a crucial factor.

Some commentators are concerned this decision may result in people who believed they were merely sperm donors – as opposed to legal parents – (an understandable presumption when a man merely provides his genetic material to facilitate an artificial conception), may discover that they are in fact parents (with parental responsibility and financial obligations).  However the High Court decision seems to provide that, if there is a clear intention – that you are merely providing genetic material – then you will not be deemed to be a parent for the purposes of the Family Law Act.

It is therefore crucial, if the issue of 'sperm donation' applies to you, your family or your circumstances, that you are clear from the outset about the intention of the arrangement.

Please contact Chimene Vaughan in our family law team should you require advice or assistance on parental rights and your specific circumstance.

Send an email to What it takes to be a 'parent' as determined by the High Court - how can your role as 'sperm donor' be construed?