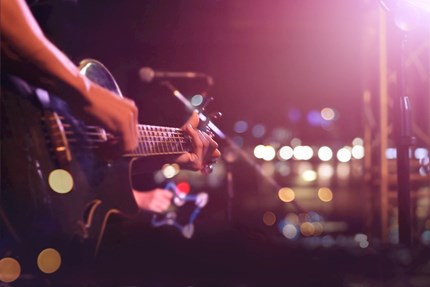 Various witnesses who are prominent in Melbourne's music scene were called to give evidence about the reputation of The Corner Hotel as a music venue.  His Honour accepted their evidence as indicative of the longstanding and widely held reputation of The Corner Hotel within the live music industry.  Many well known Australian and international acts have performed there over the years.

His Honour also set out the evidence as to the "Bird's Basement" Jazz Club and The Jazz Corner Hotel.  Mr Albert Dadon, the proprietor behind The Jazz Corner Hotel, established Bird's Basement and wanted to combine his passion for jazz with a further business venture, namely a hotel with a jazz theme.  According to the findings, the word "corner" was chosen both as a geographic attribute, namely located on a street corner, and also colloquially as giving a localised feel to the operation, associated with the idea of a "corner store".

Justice O'Bryan discussed the widespread use of the word "corner" and noted that it is commonly used in connection with hotels as a descriptive term.

As to the validity of the Swancom marks (i.e. the marks associated with The Corner Hotel), Justice O'Bryan found that The Corner Hotel mark was capable of distinguishing Swancom's live music services.  This took into account the long use of the mark as a live music venue – including a performance by Mick Jagger.  Similarly, His Honour found that the "Corner" and "The Corner" marks could be registered.  However, there were questions raised as to whether the registration ought to be amended or a limitation imposed, because of the width of the registered services.  The "Corner Presents" trade mark was also able to be registered.

The Court concluded that the risk of an ordinary member of the public being confused about whether the live music services promoted by the use of The Jazz Corner marks have an association with The Corner Hotel, was remote – a mere possibility.  His Honour took into account various factors including (among other things) the widespread use of the word "corner" in relation to hotel and hospitality businesses, the widespread use of the names "corner hotel" generally, the addition of the word "Jazz" to the word "Corner" which gives the composite phrase a distinct sound and meaning and, to a minor extent, the fact that there was no evidence in the case of actual consumer confusion.  Accordingly, he dismissed Swancom's application based on its claim that there had been infringement of The Corner Hotel marks.

There were other matters considered and argued by the parties, but they were not necessary for the final decision.  One issue was whether Mr Dadon, who was a director of the respondent companies and named personally as a respondent, could be personally liable as a joint tortfeasor.  In the Court's view, Mr Dadon's conduct did not render him liable as a joint tortfeasor with the companies.  Although he was the relevant decision maker, the Court considered that all the decisions and actions were done in his capacity as a director.  The Court accepted Mr Dadon's evidence that he had no intention to trade off the goodwill of The Corner Hotel nor to associate the Respondent's businesses with The Corner Hotel.  It further accepted Mr Dadon's evidence that he believed the services being provided by the Jazz Corner Hotel (principally accommodation) were in a different category to the live music services being provided by the Corner Hotel.  Mr Dadon called the jazz club "Bird's Basement", which name was used prominently.  Accordingly, if the Court had found that The Jazz Corner marks infringed The Corner Hotel marks (which it did not), it would in any event have not found that Mr Dadon was a joint tortfeasor.

Accordingly, the claim by The Corner Hotel that The Jazz Corner Hotel infringed its trade marks was dismissed.  The parties were permitted to file further submissions in relation to whether the "Corner" and "The Corner" trade marks should be amended or limited, to preserve the freedom of other hotels, cafes, bars and restaurants that may provide ancillary entertainment services (for example, free live music or sporting events shown on large screens), to use the word "corner" in their trading name.

For more details or for assistance in relation to trade marks generally, please contact Vincent Caruso or Matthew Hicks.